How to develop critical thinking skills in your firm 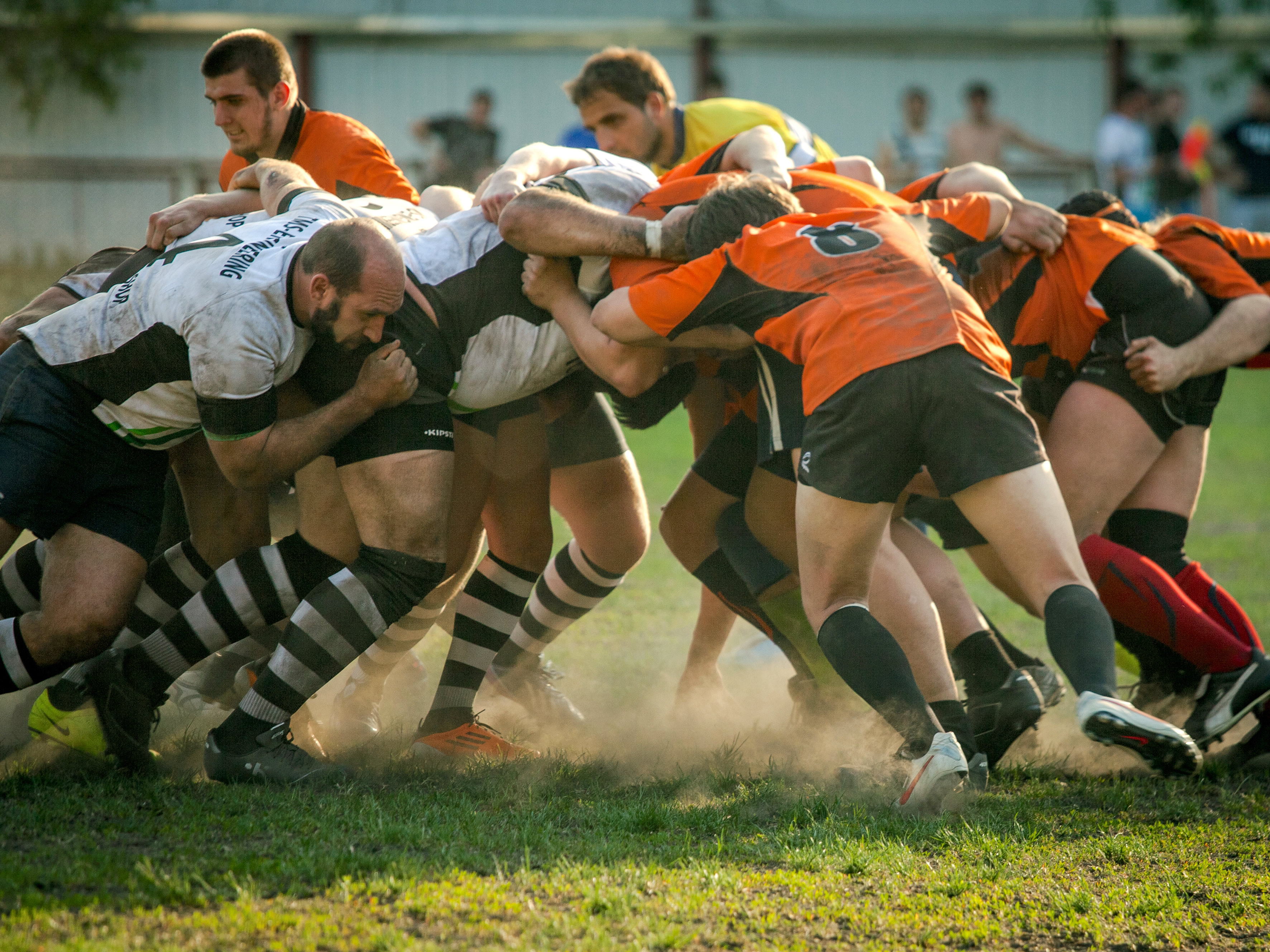 How firms can develop critical thinking skills to solve even the most complex, unique and unexpected problems

The England rugby team are one of the world’s top performing sides of recent times.

For over 12 months, they have consistently performed at a higher level than the competition. They are on a national record winning streak and are very close to equalling the world record for consecutive victories.

Everyone wants to be part of the team. Competition for places is fierce and as a result, incumbent players are highly motivated to ensure they consistently perform at a high level.

In common with most high performing teams, England’s meticulous approach to each game could be a case study on planning, practice and preparation.

To overcome each upcoming opponent, the management team use reams of data to inform their strategy and they then painstakingly practise, rehearse and run through various drills to counter the scenarios and situations they expect to face in their next match.

For 16 games in a row, this meticulous approach to practice had been a winning formula and for the next game against Italy, there was little reason to doubt its effectiveness.

Few gave Italy a chance. They had never beaten England and were low on confidence having lost by over 50 points in their previous game.

Italy would have to do something pretty extraordinary to have any chance of stopping England increasing their winning streak to 17 games.

In the event, Italy were extraordinary.

Halfway through the match, the underdogs were winning. England were rattled, their star players were panicked, confused and clearly struggling to deal with Italy’s strategy.

Why? In short, because Italy implemented a unique tactic that had rarely been seen on a rugby field before. Yes, their novel approach pushed the rules to the limit [1] but the approach was perfectly legitimate.

As an illustration of the surprise and confusion created by Italy’s approach, after 20 minutes, Dylan Hartley, the England Captain had to ask the referee to explain to him exactly what was going on. The referee replied curtly: “Sorry, Dylan, I am a referee, not a coach.”

Despite hours of practise and detailed preparation, England simply could not adapt to solve the problem they were facing. This was an approach they had never envisaged. They could barely work out what was happening and they were seemingly facing playing patterns they hadn’t seen before.

Those watching at home and from the stands were equally confused by the tactic (can they do that?!) but perhaps what was more surprising was England’s reaction – or lack of it.

How could this be happening? How could a team of experienced coaches and players, who have played the same game for hours a day, over many years not know how to solve the problem?

Why, despite hours of expert analysis, scenario planning, drills and practice were the team unable to think critically when it really mattered to solve the problem?

In our view, this is a prime example of a phenomenon that has been known to affect high performing individuals: when intuition overrides the ability to think critically.

This ‘Intuition-bias’ was neatly described by K. Anders Ericsson et al. in their seminal article about practice; “Making of an Expert[2]” …

“Experts who reach a high level of performance often find themselves responding automatically to specific situations and may come to rely exclusively on their intuition. This leads to difficulties when they deal with atypical or rare cases, because they’ve lost the ability to analyze a situation and work through the right response. Experts may not recognize this creeping intuition bias, of course, because there is no penalty until they encounter a situation in which a habitual response fails and maybe even causes damage.”

What was surprising for England supporters was that England’s Head Coach, Eddie Jones, was aware of this phenomenon and didn’t want it to affect his England players.

Before assuming charge of England, Jones was the coach of Japan. There he observed how his players spent too much time learning to play the game by rote, running through the same old drills without trying anything new: “A lack of creativity,” he said, “means we have fewer players with the decision-making skills needed to win games of rugby.”[3]

The paradox of intuition bias

In a business context, this ‘intuition bias’ creates an interesting paradox.

For example, as a professional development firm, we tell our clients that, after acquiring the necessary skills and behaviours, the best way to ensure optimal performance in various business scenarios is to prepare, practise, role-play and simulate the expected interaction/presentation/situation, so when faced with the real-life scenario, your brain will remember how you reacted in the similar practice environment and you can perform to your best, avoiding any ‘amygdala hijack’ and ensuring that rational reactions outweigh the emotional.

Yet, as demonstrated by the England rugby team example, when faced with a unique or unforeseen circumstance, too much practice can be detrimental to performance.

As the well-known saying goes: a virtue has become a vice.

Solving any complex problem (or identifying an opportunity) requires critical thinking – an ability to think clearly and rationally. Critical thinkers can understand the logical connections between ideas, identify, construct and evaluate different options for action, seek relevant sources of information and choose a final course of action based on rational judgment and sound reasoning.

It is easy to see how many hours of practice and running through the same anticipated scenarios time and again could lead to people acquiring opposite habits. That is, intuition replaces clear, rational, critical thinking.

So how can top performing professionals stop intuition becoming a barrier to critical thinking? And how do firms ensure their experts can solve complex, unique and unforeseen problems as they arise?

Clearly practice is essential and advocating less practice is not the objective of this article.

Consider how you practise

Instead, firms and their experienced, high-performing teams need to reconsider how they practise.

In ‘Making of an Expert[4]’, the authors outline the notion of “Deliberate Practice”:

“When most people practice, they focus on the things they already know how to do. Deliberate practice is different. It entails considerable, specific, and sustained efforts to do something you can’t do well—or even at all.”

Taking this further, based on their research, the authors suggest that:

The article uses a nice story to illustrate this point:

In a business context, rather than simply practising various scenarios again and again, managers should instead introduce unforeseen situations, spend time discussing with their team what alternative actions they might take, including what consequences might arise from each option and then once the scenario has been run, analysing what went wrong/right and how future efforts might be improved.

By following this approach, rather than simply practising deliberately, high performing teams are also encouraged to ‘think deliberately’. Crucially, critical thinking skills are developed as well as critical performance skills.

Paradoxically, however, as we have seen with our England rugby team example, too much practice can sometimes have a negative effect on top performing teams, namely: intuition replaces the ability to think critically.

A virtue becomes a vice.

The onus is on coaches and managers to ensure their teams don’t simply practise deliberately but think deliberately throughout the practice. Elite performers need to constantly develop their critical thinking skills so that even if they face an extraordinary tactic (situation), they have developed the cognitive flexibility to think on their feet and solve the problem.

As author Bill Beattie once said:

“The aim of education should be to teach us rather how to think, than what to think — rather to improve our minds, so as to enable us to think for ourselves, than to load the memory with thoughts of other men.”

Our analytical thinking programmes enable participants to increase the power and effectiveness of their thinking and apply a consistent consultative approach to problem solving and opportunity generation. Contact us to find out more.

[1] For rugby aficionados: Italy instructed their players not to commit to the breakdown after the tackle. Which meant that there were no rucks and, because there were no rucks, no offside line. So their players were free to slip round the tackled man and stand guard either side of England’s scrum‑half, cutting him off from his team‑mates and blocking any potential pass.

Consulting as a Career, or as a Springboard to a Career?

The formalising of a career path with a development programme linked to a professional qualification is long overdue, and might be a response to candidates’ questions – Why this? Why me? Why now?