The billable hour kills your firm’s values – what are the alternatives?

Metrics have a critical influence on behaviour. So what gets measured, matters. 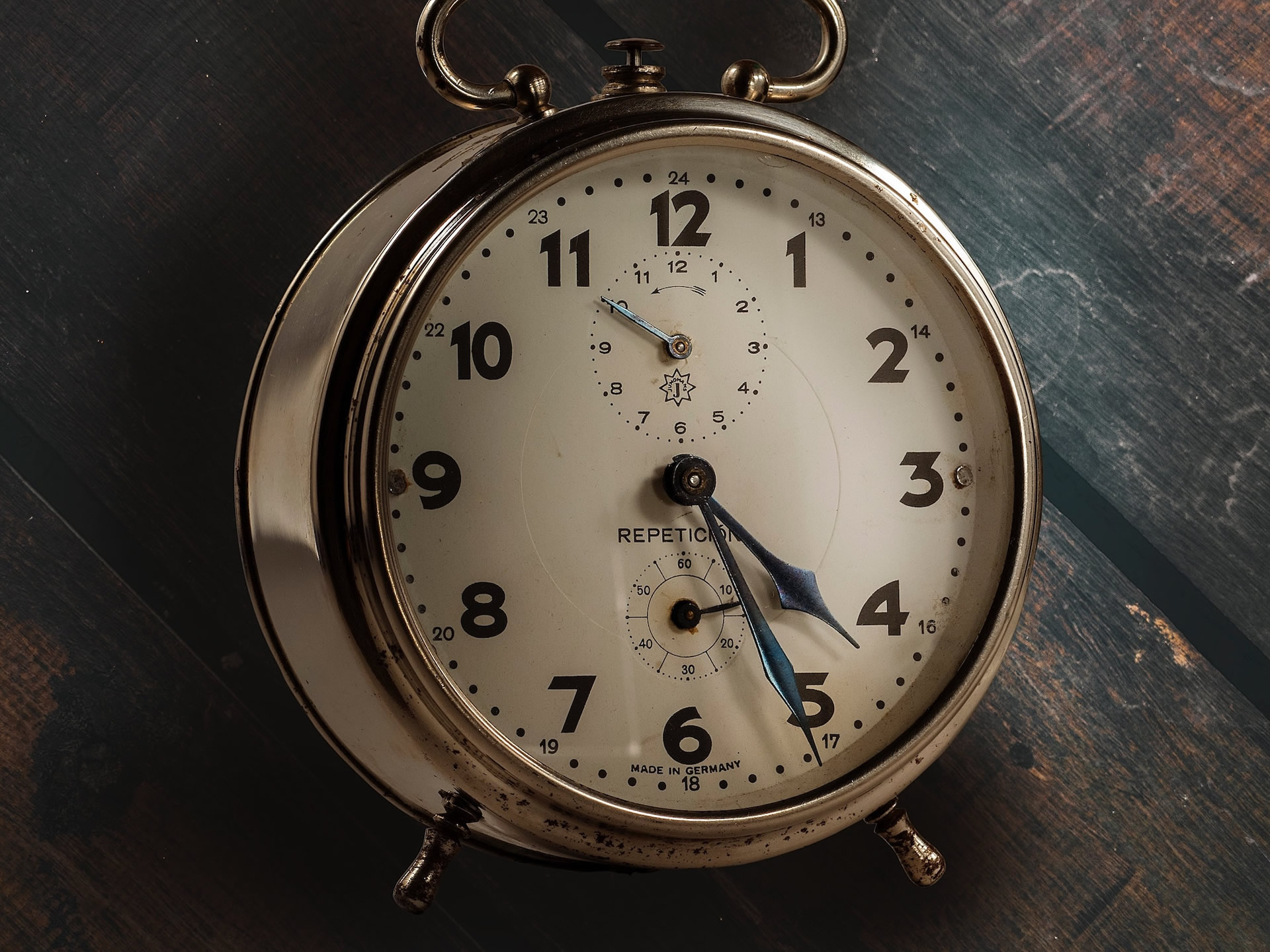 In December 2017, an 81-year-old Air Force veteran who fought in Vietnam hobbled into a hospital in Oregon seeking treatment. According to The New York Times – to his great surprise and alarm – he was turned away. It wasn’t that he wasn’t ill enough – the doctors who saw the sick man had no doubt that he should be admitted – the truth was that he was too ill. The hospital authorities deemed he was too “high risk” to be admitted.

It’s difficult to comprehend how a hospital could turn a sick person away. It’s perhaps even more surprising when the core values of the hospital in question are listed as integrity, commitment, advocacy, respect and excellence and when the hospital explicitly states on its website: “Staff here is dedicated to working toward one purpose – fulfilling your needs as a patient. We are honored to serve America’s heroes; the most important people in our medical center”?

Why did the hospital initially refuse to treat the sick man? The answer appears to be ‘metric fixation’.

Unfortunately, metric fixation doesn’t appear to be uncommon in healthcare. Here’s another example, this time from the UK.

In 2007, the Economic Journal published the findings of an examination it had carried out into competition in the National Health Service. Contrary to expectations, increased competition actually led to the death-rate following emergency heart-attack admissions increasing, not decreasing.

Once again, it’s hard to comprehend how this situation could arise. Especially when the General Medical Council in their “Ethical guidance” document – which describes the professional values, knowledge, skills and behaviours expected of all doctors working in the UK – states that “As a good doctor, you will make the care of your patient your first concern.” How can it be that more competition leads to more – not fewer – deaths?

The answer, once more, comes down to performance metrics and what ‘competition’ is founded on.

In this example, the Report’s authors discovered that the performance of hospital administrators was partly determined by their ability to reduce patient waiting times, a metric which was actively tracked and monitored. In contrast, the death-rate from emergency heart-attack admissions was not tracked or measured.

When determining where to spend their limited budgets, hospitals reduced spending on services that affected mortality rates “which were unobserved” and increased spending on activities such as waiting times which were measured and rewarded. The result was lower waiting times but perversely – and directly against the fundamental tenets of healthcare – more deaths from emergency heart-attack admissions.

What is clear from these two examples is the critical influence metrics have on behaviour. Even in a sector such as healthcare, where the core values of those working in the industry are clear and indisputable, the scourge of metrics is overwhelming and people are driven to achieve the targets, even if they go against stated and implicit values.

As Simon Caulkin writes in The Observer, it’s time to move beyond Peter Drucker’s oft-repeated phrase “What gets measured gets managed” to “What get measured, matters” because when reward and punishment – particularly monetary reward – are directly linked to specific metrics, they will have a profound impact on behaviours.

As Muller writes, leaders of all organisations need to realise that metrics have a “dramatic effect beyond the world of the spreadsheet.”

How does this relate to professional services?

We have previously written about the problem with ‘the billable hour sacred cow’ in professional services but, in short and rather predictably, it prioritises billable activity over any other behaviours, including: professional development, business development, innovation, entrepreneurialism, client relationships, efficiency and training to name a few.

If we assume that a firm’s stated values should be “behaviours in action” then it’s highly likely that the billable hour (or utilisation targets) will override them – however well-meaning or principled they might be. If people are punished and rewarded according to their ability to achieve a number of billable hours (or a utilisation target) then it is unlikely that they will embody the firm’s values because they will be superseded by the insatiable influence of the firm’s activity metrics.

The simple answer for firms would appear to be to identify the behaviours that embody the firm’s values and measure the use of these behaviours in action. Unfortunately, the reality is not so simple.

The difficulty facing professional services firms is that other behaviours – beyond time and activity – are often hard to determine and measure. Management guru W. Edwards Deming once wrote that “Running a company on visible figures alone” was one of his seven deadly management diseases and that:

“While visible figures are important, the figures that are unknown and unknowable are even more important.”

Deming’s quote is similar to one famously made by William Bruce Cameron:

Herein lies the problem. If not everything that counts can be counted, the most important figures are by their nature “unknown and unknowable” and more often than not are subjective and qualitative, it is understandable why firms take the easier option – to measure billable hours – and discard the hard to measure alternatives, even if this means the firm’s values are undermined.

For example, let’s take ‘client loyalty’ as a metric. While measuring ‘client loyalty’ might initially be considered a good measure of certain values in action – values such as ‘excellence’, ‘quality’, ‘competence’, ‘client-first’, ‘integrity’ – it is a highly complex construct. The loyalty of a particular client could be a function of loyalty to an individual, a specific type of work, office or practice group, a lack of alternative providers, a lack of authority to move to alternative providers or loyalty to the entire firm as a whole. Measuring client loyalty is not an exact science, so rewarding (or not) individuals based on this metric is not straightforward.

Another metric often used by firms – Net Promoter Score – aims to measure customer experience and the loyalty of a firm’s client relationships, based on responses to the question: How likely is it that you would recommend our firm to a friend or colleague? Again, while its ambitions are sound, this metric has several identified flaws, in particular: are clients surveyed being taken at random or do Partners only put forward their close contacts – are responses free from bias or influence – and how about those clients who chose not to stay with the firm?

While finding alternative metrics to the billable hour might be desirable, for professional services firms who often prefer the status quo and who are – perhaps ironically – constrained in their ability to explore other options by activity-driven targets, it is not an easy strategy and it is understandable why firms return to their traditional ‘sacred cow’ metric.

So what metrics could professional services firms use instead? What metrics are easy to measure while also aligned with the firm’s brand and values?

In our view, the answer comes from defining and then measuring direct actions and examples of the critical behaviours you want to see with as much energy as you measure hours billed and utilisation.

As Strategy&’s Kristy Hull writes in strategy+business, firms should focus on keystone behaviours or “Patterns of actions that are tangible, repeatable, observable, and measurable, and will contribute to achieving an organization’s strategic and operational objectives.”

Rather than focusing simply on ‘values’ which are often abstract and intangible, firms should instead measure, and reward based on direct, tangible, ‘knowable’ instances of their firm’s values in action.

Firms might reward according to the number of occurrences of a specific ‘action’ or based on a wider portfolio of evidence of behaviour gathered over a period of time.

Examples of actions that could be tracked include (but are definitely not limited to): thought-leadership articles written or corporate videos made, charity and/or pro-bono work, client referrals (from outside the firm) to a specific individual, referrals to other individuals internally (cross-selling), new opportunities identified per client account, specific examples of knowledge transfer during a client engagement, client stories/case studies generated that could be used in a wider context by the firm, new ideas or technological solutions put forward to the firm’s leadership, positive client testimonials gathered or evidence that the work completed by the firm met the clients’ expectations, evidence of public speaking or keynote presentations (both for clients or colleagues internally), instances of positive feedback from clients, examples of collaboration internally, evidence of self-driven professional development and training.

Metric fixation can kill your values. As long as reward is linked to certain metrics, it is human nature to focus on those behaviours that will achieve those targets, whatever the organisation’s stated values, even in industries like healthcare where values of care and empathy should be paramount and indestructible.

In many professional services firms, the focus on ‘activity-driven’ metrics such as utilisation and billable hours continues to drive behaviours that are in direct contradiction of the firm’s stated values.

Although other metrics are harder to define and measure, firms should identify the critical behaviours that embody the firm’s values and measure and reward the instances of these behaviours – tangible, repeatable, observable examples of “values in action” – as much as they reward the number of hours billed.

As we have outlined, examples of ‘values in action’ are not that hard to determine or measure. The question is whether firms have the desire to move from the ubiquitous billable hour?

Billable hours – why it’s time for firms to slaughter this sacred cow
ManageLead
Define your metrics or they will define you A word of caution for professional services firms
ManageLead
Time’s up for the billable hour: Focusing on value is now the only option Technology and competition mean the billable hour is on borrowed time. But can value-based pricing work in practice?
ManageLead