Biased views? Have you considered all the evidence? 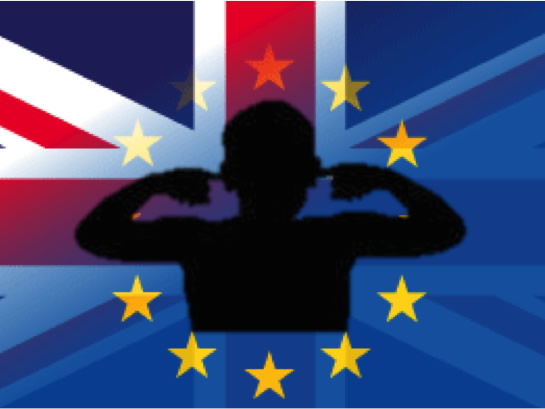 What politicians and decision makers could learn from adopting the rigorous, objective enquiry and structured analytical thinking approach used in high-level consulting firms…

“True ignorance is not the absence of knowledge, but the refusal to acquire it”

We should get something straight right away – this is not another article arguing for or against the EU referendum result. Neither are we making any observation as to the suitability of those charged with making the final vote. Those arguments are for other forums.

Our Point of View is based on a particularly worrying aspect of the whole EU Referendum debate, namely, the rejection of experts, research-based evidence and facts.

In the weeks and months leading up to the vote, both sides regularly chose to ignore any evidence that might disprove their side of the argument or persuade the electorate to vote a different way.

This ‘anti-intellectualism’ is perhaps best summed up in a now infamous quote made by ‘Leave’ campaigner, MP and perhaps future Prime Minister, Michael Gove[1], after he was asked to name any economists who back Britain’s exit from the European Union:

“People in this country have had enough of experts.”

Commentators will write about the potentially serious political and social consequences of ignoring experts at length in the coming years but we would like to look at the implications for those working in consulting or advisory services.

We are often asked about the core thinking process underpinning high level consulting work. In nearly every quality firm we have found a version of ‘structured analytical thinking’.

As a very brief overview, a structured analytical thinking process gives consultants the ability to effectively solve unstructured and ambiguous business problems and generate new, creative opportunities based on evidence gathered through the testing of hypotheses.

The structured process should ensure that conclusions, findings and recommendations offered to clients or stakeholders are robust, reliable and valid if they are to be trusted and acted on. In very simple terms:

1. Consultants generate hypotheses based on the problem trying to be solved

2. Questions are then drawn up to test the hypotheses

3. These questions direct the search for data

5. Findings are then tested against hypotheses

6. Original hypotheses are then accepted, rejected or modified – if necessary repeat steps 2 – 6

7. Consultants use critical thinking to formulate conclusions (hypotheses validated by all the data) and recommendations

The approach of striving to question (or falsify) hypotheses rather than prove them is often referred to as ‘Falsificationism’, made famous by the esteemed philosopher and professor Karl Popper.

Popper believed that if you set out to prove your hypothesis, then you will…

“If we are uncritical we shall always find what we want: we shall look for, and find, confirmations, and we shall look away from, and not see, whatever might be dangerous to our pet theories.

In this way it is only too easy to obtain what appears to be overwhelming evidence in favour of a theory, which, if approached critically, would have been refuted”

Consultants who search out data that only proves their hypotheses – while disregarding evidence to the contrary – are highly prone to rushing to incorrect conclusions and recommendations.

“Whenever a theory appears to you as the only possible one, take this as a sign that you have neither understood the theory nor the problem, which it was intended to solve”

(from Objective Knowledge: An Evolutionary Approach 1972)

In consulting, while there is no doubt that experience is valuable, it should not lead to predisposition or narrow mindedness. Critical thinking has to be based on the evidence available and consultants must always be wary of the possibility that they simply make the data fit their own experiential hypotheses.

What if the EU Referendum was a consulting engagement?

Thinking of the EU referendum as a consulting engagement, how would a consultant approach this problem? How might a consultant counter a politician’s claim that “no one knows exactly what will happen after the referendum result”?

How might a consultant identify future problems or future opportunities?

In simple terms, the answer is to take a structured analytical thinking approach. To formulate hypotheses, both positive and negative (if we leave the European Union, the consequences could be […….]), generate questions and then find comparative evidence, data, analytics and modelling from very similar events (both the action and the consequence) in the past. These findings then used to accept, reject or modify the hypotheses.

The consultant would then make a recommendation based on the best estimate or judgement of the consequences.

Despite what biased campaigners may have suggested, in the case of the EU debate, numerous economists, financial institutions and experts were able to produce fact-based evidence from similar events. That these experts and their data were ignored (or worse, vilified) is difficult to understand.

How different the debate might have been if politicians were forced to apply the same disciplined approach to arguing a point as consultants.

A wake up call for consultants and business advisers

This should be a wake up call for consultants and business advisers. A consultant who chooses to argue a position based on a personal agenda or presupposed argument seriously risks disenfranchising their clients and formulating mistaken conclusions.

Your clients trust you to provide robust, valid and reliable recommendations. All relevant data points, whether they support, or perhaps more importantly don’t support, your hypotheses have to be considered and dismissing fact-based evidence simply because it contradicts your predetermined hypotheses sets a dangerous precedent for poor decision-making and prejudiced thinking.

Thankfully, for consultants who choose to ignore relevant data or fact-based evidence, the consequences are often limited to a relatively small group of stakeholders.

Unfortunately, politicians are responsible for people’s future livelihoods, wellbeing and prosperity and as they will likely soon discover, ignoring experts is reckless in the extreme. Indeed, as Popper believed, such hostility to tolerance[2] could be the foundation of totalitarianism.[i]

So what would Karl Popper say if he had seen the EU referendum? No one can be certain – but we’ve given it our best prediction based on something he definitely did say. Consultants – take note:

“True ignorance is not the absence of knowledge, but the refusal to acquire it.”

[1] You will notice that we have chosen to use a well-known quote from a prominent ‘Leave’ campaigner that adds clear evidence to our article. In the spirit of this article, is certain we could have found a similar quote from the ‘Remain’ side.

[2] As an interesting side note, Popper’s views on ‘tolerance’ and ‘intolerance’ are very relevant when we consider the alarming rise in racist incidents reported in the UK after the EU referendum result and the notion that certain people believe the result legitimises their racist views.

Popper’s firm belief in political and social tolerance leads to an interesting paradox summed up in the phrase ‘where one person’s fist ends and another’s nose begins’. That is, eventually we may tolerate intolerance.

As we maintain in our article, the questioning of prejudiced views through rational argument becomes paramount. Popper believed that intolerant political philosophies could be contained “… as long as we can counter them by rational argument and keep them in check by public opinion.”

Returning to the theme of our article, perhaps when politicians decide to reject experts with such gusto, it is understandable why those with intolerant views might also now feel emboldened to air their racist opinions with such pride and misplaced certainty?

The vast majority of people in UK society now, more than ever, have an obligation to question, challenge and contain intolerable views with rational argument and questioning. This is the only way people with such despicable views will learn that their prejudiced opinions are not beyond reproach.

[i] Liz Williams: “Karl Popper, the enemy of certainty, part 5: the craving to be right” https://www.theguardian.com/commentisfree/belief/2012/oct/08/karl-popper-enemy-certainty-craving