Why Practising and Failing is Better than Failing in Practice 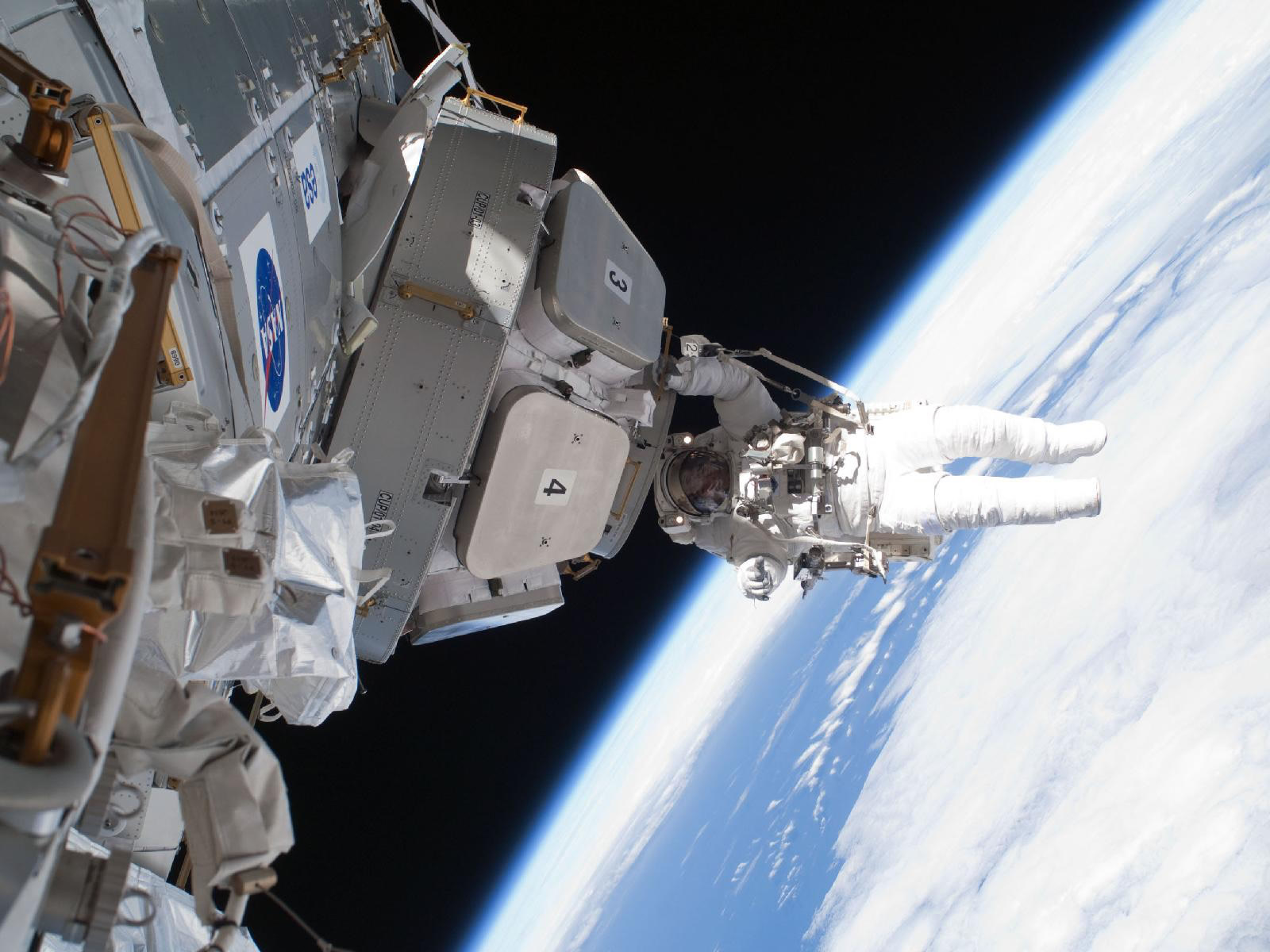 Space exploration is amazing. Those who undertake the treacherous journey into space are truly remarkable people.

One cannot help but watch in wonder as astronauts blast off from planet Earth in a tiny compartment atop a 162ft metal tube filled with over 270 tonnes of highly explosive rocket fuel.

Then, having travelled for over six hours at 17,500mph in extremely cramped conditions, the crew must undertake perhaps the trickiest stage of the entire endeavour – docking the spacecraft with the International Space Station (ISS).

This was the journey that Major Tim Peake (who became Britain’s first professional astronaut) undertook along with Commander Yuri Malenchenko and astronaut Tim Kopra on Tuesday 15th December 2015.

Docking with the ISS is usually an automatic process. Unfortunately, on this rare occasion something went wrong and the automatic docking system failed. The crew had to manually dock the Soyuz spacecraft. This procedure requires immense teamwork, skill, concentration and nerve under extreme pressure.

It was to overcome adversity in exactly this type of scenario that the crew had trained, practised and refined key behaviours thousands of times over many years in a simulated but very realistic environment.

Despite the rare unforeseen occurrence and the fact it was Tim Peake’s first ever space mission, the crew stayed calm, turned the inevitable foghorn down in their minds and put into practice exactly the right behaviours to ensure a successful conclusion to the mission. Even though mission control back on earth admitted “We were a little bit worried”, the spacecraft successfully docked with the ISS.

The problem in professional services? It is very rare to have the opportunity to practise and fail…

No one would ever dream of sending into space an astronaut who had not learned, practised and refined certain behaviours again and again in a simulated environment. If they did, the results could be catastrophic.

The key point about learning and practising in a simulated environment is that you are given the opportunity to learn from failure without disastrous consequences. You are able to reframe your thinking to condition your brain to react in a certain way so that, when faced with a similar situation in the real world, you are able to behave rationally and think clearly.

Why then do so many people working in professional services, who have to face potentially difficult and unfamiliar scenarios on a regular basis, decide to practise the required key behaviours for the first time in real time, where failure isn’t an option – but highly likely?

– Why do firms send new managers into unfamiliar ‘outer space’ to undertake critical conversations (either with clients or internally with their subordinates) when they have not been trained in the appropriate tools and behaviours to succeed and have never been allowed to fail in a practise environment?

– Why do firms undertake critical tender presentations without first rehearsing in a simulated environment?

– Why do firms promote individuals to Partner who are technically brilliant but have never learnt or practised the key behaviours critical for success as a Partner, such as networking, communication or business development

– Why do firms have employees who under-perform in certain areas (such as business development or presenting) and whose willingness and ability to undertake these activities continues to decline, as if the previous negative behaviours and associations are somehow being reinforced in their minds?

– Why do firms expect employees to offer clients advisory/consulting services which are beyond their core capabilities as they have never previously been trained in or practised the key skills required to undertake this consultative approach?

The Science behind learning from practicing and failing – The “Amygdala Hijack”

Learning, preparation, practice, simulation, role-playing, modelling and coaching are the essential building blocks that allow astronauts, when faced with a real-life scenario, to think straight and turn down the foghorn in their minds.

There is a scientific reason why practising and learning from failure in a simulated environment are crucial. It is known in science as the “The Amygdala Hijack” (Goleman 1995) but we have called it the ‘foghorn’.

Drawing on experiences stored in the brain’s hippocampus (responsible for memory), if the stimulus is deemed to be a ‘flight or flight’ situation the amygdala triggers the HPA (Hypothalamic-Pituitary-Adrenal) axis, stress hormone is released and fear responses/reactions take place.

In a business setting, such as an important presentation or client meeting, typical stress reactions might include sweating clammy hands, dry mouth, memory loss and an inability to think straight – all emotional and ‘irrational’ responses.

Why does this ‘amygdala hijack’ happen?

The ‘amygdala hijack’ (or foghorn) occurs because the amygdala processes information milliseconds earlier than the rational brain. This evolutionary survival mechanism allows humans to react to stimuli in a specific way before the rational brain (the neocortex) has had any time to direct a measured response – which might take too long in a life-threatening situation.

Similarly, in 2007 neuroscientist Matthew Lieberman found an inverse relationship between the amygdala and the prefrontal cortex (part of the brain responsible for complex cognitive behaviour and decision-making). When the amygdala is active with blood and oxygen, there is less activation in the prefrontal cortex. As a result, your power to think clearly is disrupted and you struggle to solve problems.

Unfortunately, the amygdala hijack is further confounded as the brain remembers the emotional response from a previous circumstance (or learning event).

The next time you are faced with the same situation, the amygdala reacts automatically with the same fight or flight response. Effectively, the negative, irrational reaction is ingrained. In a business context, if a presentation has previously gone poorly, the brain will remember and you are likely to respond and react (sweaty palms, dry mouth and nervousness) in a similar way on future presentations.

Thankfully, there is a way to regain control of your reactions, to ensure rational reactions outweigh the emotional. It is entirely possible to turn your internal foghorn down…

Thankfully, there is a way to regain control of your reactions

By preparing, practising, role-playing and simulating it is entirely possible to turn the internal foghorn down and to ensure that the rational reactions outweigh the emotional.

In the same way as preparing to go into outer space, the answer is first to learn the right behaviours and then to prepare, practise, role-play and copy modelled behaviours over and over again in a simulated setting. The simulated setting should mimic as closely as possible the environment and situations within which you will be working.

Even if, like Major Tim Peake, you have never experienced a certain situation before (imagine a new manager who has always played a technical role being asked to attend a prospect meeting for the first time) you can still simulate, practise and experience the scenario so that it feels as if you were actually there.

Perhaps the most important aspect of practising in a simulated environment is that it is ok to make mistakes. Everybody make mistakes but in a practise scenario there are no serious repercussions.

Practice, coaching and role-play in a simulated environment allow you to self-reflect, reframe your thinking and subsequently, manage the amygdala hijack:

1. Take note of how you reacted. Ask yourself: What mistakes did I make? What behaviours did I do well? Were any of these reactions irrational or emotional?

2. Ask yourself why you reacted in that way: What was I thinking? How was I feeling? What was it that made me feel that way? Were my thoughts or feelings irrational or emotional?

3. Learn from your mistakes. Ask yourself: What was getting in my way? Are my irrational thoughts or emotions inhibiting my performance?

4. Reframe and then alter behaviours for a similar scenario. Ask yourself: How should I behave differently to improve next time around?

Once you have built up a track record and experience in a simulated environment and you finally find yourself in a real-life scenario, your brain will remember how you reacted while practising in a very similar environment.

Those who work in professional services and are able to adapt to each situation and turn their internal foghorns down based on years of practising, refining and self-reflecting have truly reached expert level. They are ready to blast into outer space!

“Astronauts do their worrying in advance…We try and spend years worrying every little detail out of everything that can go wrong, so that when the actual day arrives, you are not incapacitated by fear. Nobody really wants a scared, surprised astronaut.”

Astronauts, who are never very far from disaster, would most definitely agree that practising and failing is better than failing in practice.

It’s time for those working in professional services to be more like astronauts.

Analytical Thinking has been one of our core development programmes for consultants for over 25 years - it appears it’s now an essential foundation skill in all disciplines and across all industries.