Why jumping to conclusions can make things worse 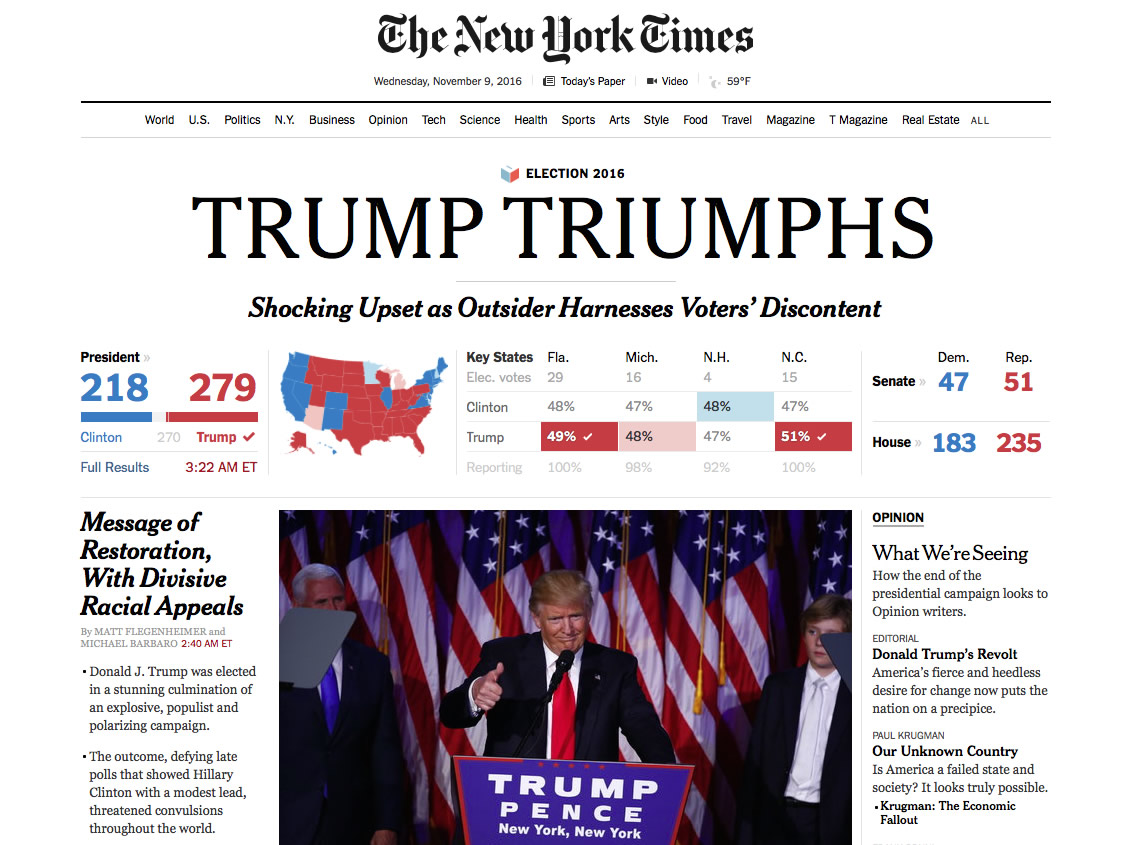 Why US politicians should not jump to conclusions but instead pause, take stock, and adopt a hypothesis-based structured analytical thinking approach as used by high-level consulting firms…

The world is trying to come to terms with the fact that Donald Trump has won the US Election.

The incumbent Democratic party are in disarray.

How did this happen? What now?

Many have already concluded why Trump won the election, so the Democratic party may be able to tick off the first ‘How did this happen’ question:

It’s time for some structured thinking.

Clearly some of these hypotheses are more likely than others – while others are just offensive to many voters.

The critical point is this: they are only hypotheses. Hypotheses that need to be rigorously tested.

They are not conclusions.

For the Democratic party to formulate a valid and reliable action plan they need to adopt a rigorous, objective enquiry and structured analytical thinking approach, based on an honest, broad and rigorous assessment of all of the possible reasons why they lost the election.

Those chosen by the Democratic party to form the future strategy should bear in mind the words of Karl Popper:

“Whenever a theory appears to you as the only possible one, take this as a sign that you have neither understood the theory nor the problem, which it was intended to solve”

It is entirely understandable why the electorate and political commentators will rush to treat their hypotheses as conclusions – before very quickly deciding what needs to be done. Many are alarmed, confused, embarrassed and scared. They need answers, they need security and they need to do something – anything – without delay.

The Democratic party strategists cannot and should not be so cavalier. For them and their followers, the stakes are too great.

Following the Brexit vote in the UK, which provoked a similar outpouring of soul-searching and demands for answers, we wrote an article entitled: “Biased views? Have you considered all the evidence?”

The article examined the way politicians on both sides chose to ignore any evidence that might disprove their side of the argument or persuade the electorate to vote a different way.

At the time we argued that UK politicians could learn a lot from the rigorous, objective enquiry and structured analytical thinking approach used in high-level consulting firms.

Our advice for the US Democratic party on this occasion is very similar: pause, take stock, and adopt a hypothesis-based analytical thinking approach as used by high-level consulting firms.

Why? Because, similarly to the challenges currently faced by the US Democratic party, consultants are often asked to solve unstructured, complex and ambiguous problems by clients who want clear actions and recommendations very quickly. In our example, simply replace consultant with political strategists and clients with electorate.

When done rigorously, the structured analytical thinking process gives consultants the ability to effectively solve ambiguous problems based on evidence gathered through the testing of hypotheses and ensures that conclusions, findings and recommendations offered to clients are robust, reliable and valid.

3. Draw up questions to gather data to test the hypotheses

5. Findings are then used to test the stated hypotheses

6. Original hypotheses are then accepted, rejected or modified (if necessary repeat steps 2 – 6) to generate conclusions

7. Based on the conclusions, a number of options for action can be suggested (recommendations)

In our Brexit themed article, the key message for politicians was not to dismiss fact-based evidence simply because it contradicts your predetermined hypotheses. This can set a dangerous precedent for poor decision-making and prejudiced thinking.

The key message for political strategists is this: don’t jump to conclusions.

As we previously acknowledged, it is easy to understand why emotions and time-pressures might cause political strategists (and consultants) to jump to quick conclusions but this too sets a dangerous precedent for poor decision-making and prejudiced thinking.

Of course, more experienced consultants can often formulate a set of hypotheses quickly but they should never forget that their hypotheses are not conclusions. To differentiate the two:

A hypothesis is: “A sentence that expresses a hunch or an idea to be tested which provides a focus for data collection.”

Whereas, a conclusion is: “A diagnostic statement, based on the data and findings, that explains problems or opportunities and is significant enough to warrant action”

“If we are uncritical we shall always find what we want: we shall look for, and find, confirmations, and we shall look away from, and not see, whatever might be dangerous to our pet theories.”

It is too early to say for certain why Donald Trump won the election. There are many hypotheses to test.

Our advice for the US Democratic party is to not rush to conclusions. Despite immense pressure for quick answers, formulate your hypotheses, look at all the necessary data, conclude why things went wrong and then devise a robust, valid and reliable plan for action.

Obviously there is a difference between consultants and politicians. Consultants who produce quick, untested and biased conclusions only risk disenfranchising their clients and stakeholders.

For politicians in the US the stakes are higher. The need to take sound decisions based on a structured analytical thinking process has never been so great.

Editor’s Note – Correction: please note that an earlier version of this article incorrectly referred to the ‘Democratic Party’ as the ‘Democrat Party’, an error for which we apologise. As a respondent reminded us: “the formulation “Democrat party” is what the Republicans use to denigrate what is properly called the Democratic party.” The respondent also added “And all the hypotheses in the world ain’t going to get us out of this ******* mess” which may be the topic of a future article!