A five step blueprint your own firm 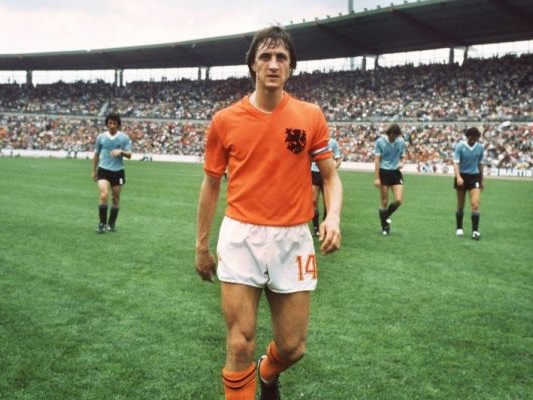 A five step blueprint for values, culture and behaviours in your own business

On March 24th 2016, the legendary footballer and manager, Johan Cruyff, passed away. To many he belongs among the hallowed quartet of truly exceptional individuals who have played the game: Pelé, Diego Maradona and Alfredo Di Stéfano. These are players who somehow transcended their sport to become household names and globally renowned superstars, adored by their countrymen and an inspiration to millions.

In this Point of View, we examine five aspects of Johan Cruyff’s career that could act as a five step blueprint for values, culture and behaviours in your own business. 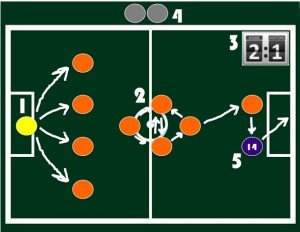 1. Start with a vision, then create a philosophy with a clear set of shared values

2. The philosophy and value set drive the required behaviours

3. Define the metrics that reward the right behaviours, even if they are not easy to measure

4. Education is the foundation of success and creates an enduring legacy

5. Be remarkable and often spectacular

1. Start with a vision, then create a philosophy with a clear set of shared values

The 1962 European Cup final in Amsterdam between Benfica and Real Madrid was a defining moment in the life of Johan Cruyff. At the age of fifteen, as a ball boy at the final, Cruyff witnessed first-hand the vision, stamina and relentless untracked movement of the great Alfredo Di Stéfano. Cruyff had an epiphany. He believed he had seen a vision for how the game of football should be played.

Several years later, Johan Cruyff was to turn this vision into the revolutionary style of play known as ‘total football’, a completely fluid approach where no player occupies a fixed outfield role and any player can adopt another’s position in an instant. Critics argued that this was an unrealistic strategy on the pitch but those with such a viewpoint did not understand the essence of total football.

Total football is less a tactical approach and more a collective state of mind – a philosophy with shared values throughout the team.

In total football, every player is alert to the game, continually looking for space and opportunities and able to react and take possession at any time. When they don’t have the ball, everyone on the team undertakes a relentless pursuit of the opposition, closing down space and forcing mistakes to get the ball back.

“People talk of total football as if it is a system, something to replace 4-2-4 or 4-3-3. It is not a system. As it is at any moment, so you play. That is how we understand. Not one or two players make a situation but five or six. The best is that with every situation all eleven players are involved but this is difficult. In many teams maybe only two or three play and the rest are looking. In the Holland team, when you are sixty metres from the ball, you are playing.”

For Cruyff, total football was the philosophy behind his team’s value set. In a business setting, leaders need to establish a clear vision and overarching philosophy for the firm, with a common value set shared throughout the organisation. In the best performing firms there is a collective mind-set of putting the client first and doing things the right way.

2. The philosophy and value set drive the required behaviours

Once Cruyff had defined his chosen value and philosophy, he then set about defining the behaviours required of his teammates and, in his later managerial career, his players.

To achieve his vision of total football, Cruyff required his players to constantly search for space, make quick smart decisions, play short sharp passes and always be on the move in order to receive the ball back and retain possession. Without the ball, players are expected to close down space, hunt the ball back, harassing and pressurising the opposition to make a mistake. This style of play has come to be known as ‘tiki-taka’.

While good technique, athleticism and skills are clearly essential to play total football, Cruyff realised that success could only be achieved by making clear decisions and thinking critically under pressure. Cruyff once said:

“You play football with your head and your legs are there to help you.”

It is easy to see the parallels in a business context where complex problem solving, critical thinking, creativity, people management, coordinating with others, judgment, decision making and cognitive flexibility have been named among the top ten skills that will be required by employers in 2020.

Cruyff himself admitted that he was not the most athletic player on the pitch but he could match any player as he was able to think more clearly under pressure and make the right decisions:

An interesting example of how Cruyff believed philosophy and values drove behaviours can be found in his ongoing dispute with Louis Van Gaal, a fellow countryman and manager. Cruyff believed that Van Gaal had a militaristic way of working with tactics. This militaristic approach acted as a straightjacket on teams under Van Gaal’s management. Johan Cruyff on the other hand always wanted his players to think for themselves and act accordingly, driven by the values and philosophy of total football.

3. Define the metrics that reward the right behaviours, even if they are not easy to measure

Johan Cruyff once said: “My qualities, technique and vision, are not detectable by a computer”. It is a thought-provoking statement because it neatly illustrates the difficulties associated with measuring and rewarding successful behaviours.

Playing stats are an important way to measure activity levels (distance covered, tackles made, speed, assists and goals) but they are not always an accurate measure of how well the right behaviours are being used.

The important aspect for leaders is to try to measure and reward the successful behaviours that underpin the firm’s stated values and philosophy, even if they are more difficult to measure than short term ‘activity metrics’. In the football example, Cruyff argued, it is hard to measure technique and vision using playing statistics. However, to reward behaviours associated with the required ‘tiki-taka’ style of play you might measure ‘% of passes successfully made to a teammate’, ‘% of match in possession’, ‘consecutive passes made’, ‘interceptions made’.

Ultimately, by focusing on these alternative metrics that underpin the stated ‘total football’ philosophy (vision, technique, skill), the end result – winning the match – will look after itself.

In professional services, the top firms measure and reward the successful behaviours which underpin their stated beliefs with at least as much diligence as they measure short-term ‘activity-driven’ metrics (utilisation, billable hours, recovery rates).

The top firms may choose to measure and reward client loyalty, business development, people development, responsiveness, collaboration, new relationships, trust, service innovation and successful projects – even if these are a little more difficult to measure.

4. Education is the foundation of success and creates an enduring legacy

In the late 1970s Johan Cruyff suggested to the president of Barcelona football club that they should establish a copy of the Ajax Academy (of which he was an alumnus) for Barcelona’s youth players. Cruyff believed that for a club to be successful and build a legacy, their trainees needed to learn the philosophy and the required playing style (tiki-taka) at the earliest opportunity.

The academy was named ‘La Masia’ after the old Catalonian farmhouse in which it was housed and became revered as the breeding ground for many talented Barcelona players. The former technical director of La Masia, Pep Segura, attributes the ongoing success of Barcelona to its ‘philosophy of play’[iii]:

“It is about creating one philosophy, one mentality, from the bottom of the club to the top.”

The commitment to Cruyff’s philosophy is often quoted as the reason for Barcelona’s ongoing success. As Jürgen Klinsmann, another footballing great, said[iv]:

“Barcelona was not born in the last couple of years. It was born, the style of play now, in the early nineties through Johan Cruyff. It took twenty years for that moment today that we see and all admire.”

As a testament to Cruyff’s vision, in 2009 eight of the Barcelona team that won the Champions League had been educated at ‘La Masia’.

It has been shown in sport that learning, practising and refining core behaviours from the earliest opportunity is the foundation of success and ensures a lasting legacy. The same is true in business.

For those working in professional services from new entrant to partner, learning, preparation, practice, simulation, role-playing, modelling and coaching are essential if successful behaviours are to be embedded and used at the critical moments of truth.

5. Be remarkable and often spectacular

Johan Cruyff was a visionary. He defined a clear philosophy for the game. He knew what behaviours were required to successfully achieve this philosophy and he ensured that they were learned, practised and refined from a young age.

Fundamentally however and perhaps most importantly of all, Johan Cruyff was remarkable, indispensable and often spectacular. He was a superstar. Johan Cruyff scored goals of which no other player was capable. “Without Cruyff I have no team,” said his Ajax manager Rinus Michels.

He was spectacular, as he showed when he introduced the world to his trademark ‘Cruyff Turn’ by embarrassing Sweden’s unfortunate right-back, Jan Olsson, in the 1974 World Cup…

Cruyff was not afraid to try something different, a new approach and a new way of playing the same game as everyone else. He believed behaviours based on a clear philosophy could separate his teams from the rest, even if they were supposed to be bigger and wealthier. He once said[v]:

“Why couldn’t you beat a richer club? I’ve never seen a bag of money score a goal.”

Many professional services firms believe they are different when in fact they behave and say exactly the same as everyone else. Firms are often afraid to be original, to try something new, to push boundaries and to change the rules.

Firms could take inspiration from the life of Johan Cruyff. Have the vision to find a new philosophy and then determine measure and reward the right behaviours to achieve such an ambition. Above all be remarkable, be indispensable to clients and be spectacular in the critical moments of truth.

[ii] Johan Cruyff: ‘Everyone can play football but those values are being lost. We have to bring them back’: http://www.theguardian.com/football/2014/sep/12/johan-cruyff-louis-van-gaal-manchester-united

[iv] ‘You play football with your head, and your legs are there to help you’: Johan Cruyff in quotes: http://www.theguardian.com/football/2016/mar/24/you-play-football-with-your-head-and-your-legs-are-there-to-help-you-johan-cruyff-in-quotes

[v] ‘You play football with your head, and your legs are there to help you’: Johan Cruyff in quotes: http://www.theguardian.com/football/2016/mar/24/you-play-football-with-your-head-and-your-legs-are-there-to-help-you-johan-cruyff-in-quotes

Blocked in Lockdown – 10 things we have discovered.