Rethinking the parable of the old man, the hammer and the broken engine 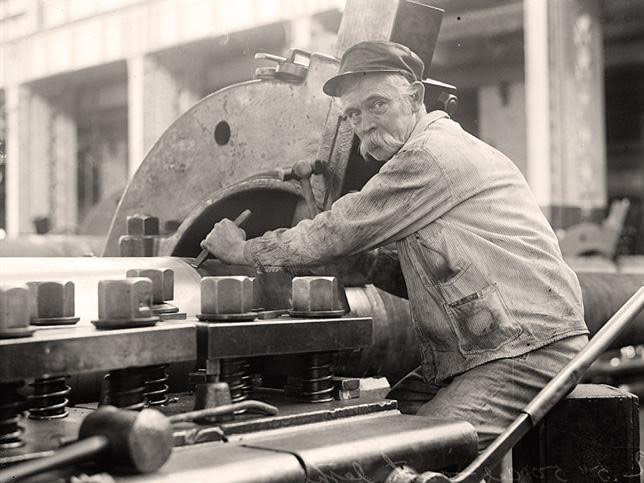 You’ve probably heard the well-known business parable about a broken engine, an old man and a hammer that goes like this:

A giant engine in a factory failed. The factory owners had spoken to several ‘experts’ but none of them could show the owners how they could solve the problem.

Eventually the owners brought in an old man who had been fixing engines for many years. After inspecting the huge engine for a minute or two, the old man pulled a hammer out of his tool bag and gently tapped on the engine.

Immediately the engine sprung back into life.

A week later the owners of the business received an invoice from the old man for £10,000. Flabbergasted, they wrote to the old man asking him to send through an itemised bill. The man replied with a bill that said:

The moral of the story is that, while effort is important, having the experience to know where to put that effort makes all the difference.

It is hard to argue with the moral of this simple tale but it perhaps undersells the different learning points that could be taken by consulting firms (or those organisations seeking to adopt a consultative approach).

Using a bit of critical thinking (and imagination!) we think the parable could be used to show implications for firms with regards to consulting skills, business development behaviours and even alternative pricing methods.

1. “Knowing where to tap” – combat information overload with a structured, analytical thinking process

In the parable the old man simply inspects the machine and then gently taps the exact spot on the engine that brings it back to life.

In today’s corporate world, with the prevalence of big data and advanced analytics, knowing ‘where to tap’ is more important than ever for consultants and business advisors.

Recent research suggests that ‘information overload’ from big data sets is leading to many consultants struggling to determine whether the right information exists or where it is located. Similarly, when faced with a mountain of potential data, consultants may not take enough time evaluating the specific question or problem they are trying to answer.

The key to solving complex problems and knowing ‘where to look’ is to follow a robust, reliable and cohesive structured analytical thinking process.

Using such a process, before setting out on any investigative analysis, the consultant will clearly define: the client, the client’s objectives, stakeholders, topics to be investigated, expected outputs, hypotheses to be tested and data required.

Only once this structured analytical process has been followed will the consultant be in a position to diagnose ‘where to tap’.

It could be argued that the old man got lucky. Yes, his experience told him roughly where to look but he could have hit in the wrong place and then spent hours bashing the machine and causing a lot of damage before he got it right!

Experience is a distinct advantage which can clearly help in the consulting process when deciding which topics should be investigated, which hypotheses should be tested and which questions need to be answered.  Similarly, experience should not replace critical thinking. The old man thought he knew precisely where to hit but in reality the ‘machinery’ (read corporate environment) is constantly changing and what worked a few years ago is unlikely to work now.

Experienced consultants should always be on guard not simply to let the data fit their experiential hypotheses and rush to incorrect conclusions and recommendations.

3. “You need to hit here” – the role of a consultant is to simplify complexity

The role of the consultant is to simplify complexity by analysing the problem and data to produce actionable, insightful conclusions and recommendations.

There can be no doubt that in the parable the old man simplified complexity by formulating both the simplest conclusion (“this part of the machine is broken”) and the recommendation (“hit here”) that solved the client’s problem.

In reality, before providing any recommendations to the client, consultants have to weigh up alternative options based on issues including: anticipated benefits, fees, costs, consequences, timing, risks, pain, long-term versus short-term gain, existing resources, psychological barriers and cultural considerations. All of these have to be linked back to the root causes of the problem.

Nonetheless, the parable provides a good reminder that, when all else is considered, recommendations should be actionable, robust, insightful, founded on critical thinking and produce an outcome that generates value for the client.

4. “None of the experts could show the owners how they would solve the problem” – successful business development comes down to behaviours and illustrating tangible value

The factory owners had to select from several ‘experts’ but none of them was chosen to do the job. Why? Because they were unable to illustrate how they would create real, tangible value for the client (by fixing the engine!).

Simply stating your expertise or specialisation is not enough to be selected. Anyone can claim to be an expert. In the business development process it all comes down to behaviours. The way your employees act in the critical moments of truth once the client or prospect has chosen to engage. The questions you ask, the points of view you offer, the way you interact, how you build respect and trust.

We might be overplaying the example given in this simple parable but it is worth considering why the ‘old man’ was chosen over other experts. How had he built a track record and reputation that meant he was called on and how can your firm ensure that your employees behave in a way that proves they should be chosen for complex problem solving engagements?

Could your firm prove that it would know ‘where to tap’?

5. “Flabbergasted, they wrote to the old man asking him to send through an itemised bill” – the problem with value-based pricing

This parable neatly illustrates the problem of using alternative pricing methods to ‘time spent’ such as ‘value-based pricing’.

Many professional services firms are trying to move away from ‘billable hours’ or ‘time spent’ as a pricing method as it rewards quantity over quality, creates an unnecessary debate between parties with both sides analysing, evaluating and auditing the fees. It can push the firm’s image towards the negatively perceived, low value, commodity end of the spectrum.

Charging by the hours worked would clearly have been in the clients’ (factory owners’) interest to the consultant’s (old man’s) detriment – (it is worth noting here that often in professional services clients perceive it the other way around) – and neatly shows why charging by hours worked is an inefficient and outdated way of pricing.

However, value-based pricing often struggles to work in practice because it is can prove difficult for firms and their clients to make value assessments. Can both parties really know what value will be created before a project starts? Value-based pricing assumes that a client knows what benefits they want or will receive as a result of the engagement. This is not always the case.

The risk then lies with the advisor – both in convincing the client of the value before any engagement and in ensuring that value is delivered.

In this example, the old man calculates the value as £9998.00. Could he have asked for even more? Was this calculation far more than the client envisaged? Herein lies a further problem with value based pricing: consultants often struggle to communicate the value that they will bring in accordance with perceived client needs. If you cannot explain value to a client it is hard to justify a price.

Before the ‘engagement’ began, the old man should have had a conversation with the client to determine a clear understanding of the value that would be gained if the problem was solved (or the cost of not solving it). Similarly, he should have better demonstrated the value he would bring to ensure the bill was not a shock and that he charged the right amount.

The moral of our story?

If it’s possible to derive this much from a simple tale about an old man, a broken engine and a hammer, imagine how much you could learn with a bit of reflection and critical thinking on your own consulting engagements.

Women in Professional Services – 20 years on Openside tutors share their experiences, advice and hopes for the future
BuildLead
Internal Consultants – Organisational Adrenaline or Decaffeinated Consultants? The paradox of 'insiderness': when external consultants become internal consultants - including video
Consult
What law firms can learn from consulting firms If a firm could combine the best of a law firms ‘IQ’ (content) with that of a consulting firms ‘EQ’ (or, ability to truly understand a client’s context), that firm would be unstoppable.
BuildLead
Why this parable is as relevant for consultants today as ever before